Bob Lindeman, ISA President is scheduled to attend and will give a talk (Q & A) about "Status and plans for ISA".

After Stuxnet!
Eric Byres, of Byres Security, who is a leading expert in SCADA security, has been invited to give a key-note address about “Control System Security in a Post-Stuxnet World”.

Successful Events!
This year, VP Jean-Pierre Hauet is suggesting that we spend some time of the discussion around the topic : “Technical events : how to make a success of them”. Section leaders are being asked to give a short presentation about the technical events (expo, conferences, seminars) they organize in their sections and how they make them successful.

Members are also invited to participate, with their guests, at the annual dinner held on the evening of the 5th October at the Westminster. Participants should advise as soon as possible their intention to participate and ought make their reservations quickly at the Westminster hotel (if staying there!). There is a very special rate but Nice is always busy at this time of the year.  The hotel is very well situated and they cannot keep the reservation for very long.

As this will be Jean Pierre's last meeting as D12 DVP he will be passsing the gavel to Brian Curtis who was recently elected as D12 DVP elect. I encourage you to participate in this exciting meeting, to invite other leaders or members from your section and I look forwards to seeing you in Nice.

The draft program and the registration form.


The programme for accompanying persons (MS Word Doc) will allow the participants to visit one of the most attractive part of the Riviera, in a one day tour departing at 10:00 AM from the Westminster Hotel and returning at 5:30 PM in time for the cocktail party. The program includes a nice lunch in Monaco. Attendance will be limited to a party of 7.
Posted by Eoin Ó Riain at 9:33 AM No comments:

New District VP to be from Ireland

Due to unforseen illness John Metcalf has been forced to resign as VP Elect of the district. All district members, and indeed the wider ISA Community wish him a speedy and complete recovery.


This necessitated a new election, organised by our Nominator, Kevin Dignam. The candidate elected is Brian Curtis from the Ireland Section. 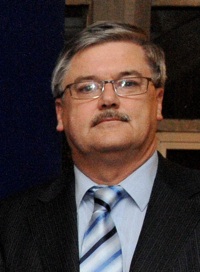 Commenting on the election of Brian, current VP, Jean-Pierre said "John Metcalf whom you previously elected as D12 DVP Elect, had to resign because of serious problems in his vision. We wish him a prompt recovery and we also congratulate Brian on his election. Brian is familiar with ISA and his track record is impressive. No doubt that under his banner District 12 will continue to be at the level of its reputation, a district composed of a diversity of sections, each of them having its own culture, a diversity of languages, of business models, but all the sections sharing the same interest in ISA and all the leaders being strongly dedicated to the perpetuation of our Society."


Brian Curtis has been involved in ISA at a local, national, and International level for almost 20 years

He has demonstrated dedication and commitment to ISA by his continuing active involvement and serving in numerous leadership positions, serving as President of the Ireland Section in 1999/2000. He has attended many meetings in District and Leaders meeting the US.

He also was awarded the Distinguished Society Service (DSS) Award in Houston in 2010 for "For outstanding service and contributions to the Society and its Members."

Brian has 38 years experience in the Chemical, BioPharma & Medical Device Sectors, he has worked in various roles from Instrumentation Electrical and Automation Design, Construction, Commissioning and Project Management. He is currently working in a consultant role with DPS Eng Ireland.

Commenting on his election Brian said: "Thank you for your support in electing me as DVP Elect for District 12. It is disappointing for John Metcalf that he is not in a position to continue as DVP Elect, I wish John a prompt recovery from his illness.

"I am looking forward to working with Jean-Pierre and coming up to speed with the developments and challenges within ISA and particularly in District 12.


"I am also looking forward to meeting you all in Nice in October and I am sure we will be in contact via email or mobile before then." He welcomed new ideas regarding the future and the evolution of our organisation. "Now is the time for offering your services and taking new responsibilities!"
Posted by Eoin Ó Riain at 2:44 AM No comments: